The Rise and Fall of ZeldaVerse
0 22 by Linebeck : Sunday at 12:12 AM
An experience of a life time. The good, the bad, the truth. I hope you enjoy.

Linebeck
View Article
Goodbye everyone :)
0 742 by Linebeck : Jun 21, 2020 at 12:52 AM
It has been a very exciting, an eventful adventure, and a privilege sailing with you all. I may not know a lot of you personally, but I would like to thank each and every one of you for your support on ZeldaVerse. All of you combined have made this a place for many to call home. A place where people could escape reality for a bit, and feel welcomed. As the owner/captain of ZV. I have always strived to make it a fair playing experience for all. Regardless of race, religion, or gender. If there is anything that is hard to find in this world, it's unity. However, you know what we all have in common? We all like Minecraft, and we all like The Legend of Zelda, and that alone is what united us and made us special. In 2016, I set out on a voyage to create a small community of people who wanted a place to feel a part of. My love for the Zelda franchise, and for people has motivated me to create this project. This project lasted four years, but it will last in our hearts for an eternity. Each and every one of you is special, and I have been blessed to have worked alongside many of you. You are all very talented in your own special way. I've come across many artists/creators, and developers, it amazes me how talented some of you are. I wish all of you the best in your future lives, and the best with anything you do. Remember, if you put your mind to it, you can accomplish it. It brings a tear of joy to my eye, to see how supportive you all have been.

As for me, It is time I set sail on new and uncharted waters... I, Linebeck, have grown stagnant with ZeldaVerse. As in everything, life gets in the way and you're not as free or capable as you used to be. I've grown up, I've taken on new responsibilities, interests, and other things that consume time. I knew when I started I wouldn't be Captain forever. I never wanted to be Captain forever. I was hoping to pass the torch on, to a new generation of people who shared the same ideas as my staff team did. I may have not gotten...
View Article
Wind Waker Edition 1.15
2 4,453 by Pavlovs_Walrus : Jun 5, 2019 at 1:03 AM 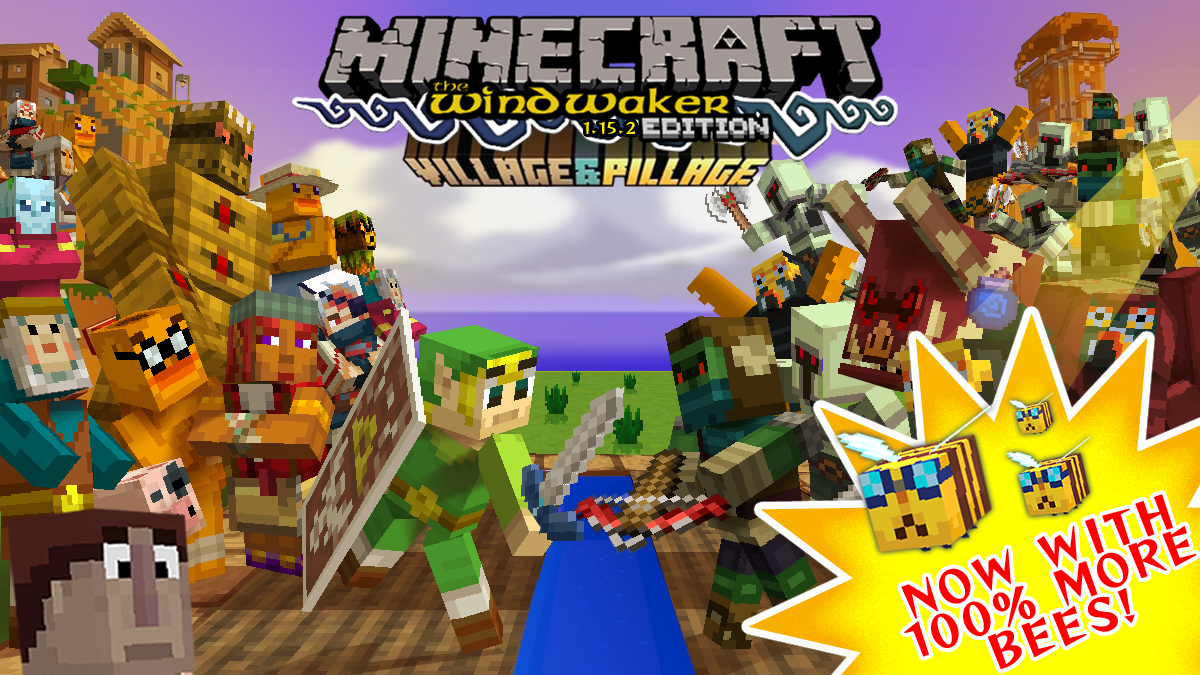 These are compatible with Optifine which enables many features you'd otherwise be missing out on.

In case you haven't noticed the forums hasn't been updated in a while, that is mainly because our frequent use of our discord server! Most, if not all players use our discord server for basic communication with one another. So, what does this mean for the forums? Well simple. We plan on using the forums, mainly for those who either do not wish to use our discord server, and for the necessities, which include by not limited to: Staff applications, Ban appeals, Reports, and other fine things that are worth posting about. Not only is it easier to stay in touch with one another, it allows us to push out announcements faster. So I urge you to go check out our discord server, it'll only take a couple minutes to sign up for one (assuming you do not have one). You can either go to your browser and type the URL: discord.zeldaverse.net, or paste the invitation link into your discord app on your smart phone!

The past couple months we have been working hard on updating ZeldaVerse to 1.13.2. Not only has it been a hassle, but with all the changes to the spigot api, it has forced me to re-write a bunch of our plugins. We have had problems with mostly small things, like the Hook Shot, Pegasus Boots, Roc's Cape, and some small functions in Four Swords. I have just a little more work to do with our dungeon's plugin, but once I complete it, we should be fixed and running smoothly again. With the new 1.14 update coming closer every day, there has been hopes that Mojang will fix all the bugs and errors they have created for the entire spigot community, etc.

With the new Hook Shot implemented, @Pavlovs_Walrus has been working hard on his Wind Waker Resource pack. If you are using it, you may be able to see the Hook Shot that was used in the Wind Waker while adventuring the...
View Article
Land Ho!: Additional Server Info and Release Date Sighted
0 1,305 by Vaati : Jul 11, 2018 at 5:32 PM

​
A hardy hello, Hyrule!
Today, your favorite local newspaper lets you peer through the telescope to catch a glimpse of the rapidly approaching, highly anticipated, official opening of ZeldaVerse.

The New and Exciting
Seemingly without warning, a recent video released by none other than the salty ship-monkey @Linebeck himself has confirmed the release date for ZeldaVerse to lie a mere ten days in the future! Hold on to your floppy green hats, because July 21st marks the day when history will be made and the server will become available to the public.
And Vaati will sit upon the throne of Hyrule.
Though the reveal of the server's soon to come release was surely striking, one might argue that the video contained even more remarkable revelations. Despite the fact that video displayed fantastic builds, as previous videos have, they took a backseat to never before revealed content such as Phantom Tag, Four Swords, and other minigames. However, seeing as a picture is worth a thousand words, a short video recording at a mere thirty frames per second could potentially be worth several million. Therefore, do read the several million words of pictures contained in the source itself!

The End is Near, and it's Just the Beginning
A recent statement made by Linebeck has been circulating among the community of ZeldaVerse. It's heartfelt message comes in light of the magnitude of what is to come, and therefore, it has been included here for your pleasure:
"Greetings everyone!

All of you, as well as I, have been waiting very patiently for this day to come. We as a staff team, and a family have journeyed through the Great Sea, and finally stumbled upon our destination. A destination in which we can break ground and build something...
View Article
Moving One Step Closer: Server Trailer II Reveal
0 1,121 by Vaati : May 4, 2018 at 2:00 PM

​
A hardy hello, Hyrule!
Today, your favorite local newspaper lets down the sails on the hype ship and takes a look at a recently released server trailer.

​
Moving One Step Closer
With the exception of @Majora's facial expression, things are never static here at ZeldaVerse! Everyone's favorite man of the sea, @Linebeck, ensures that his hearty crew get things done, and in doing so, may or may not use the threat of walking the plank as motivation. The newest server trailer attests to the progress that he and his loyal, albeit salt-covered, sailors have made. In it, iconic scenes stand beautifully and accurately recreated. Dragoon Roost Island, Lake Hylia, and other recognizable locations beckon to beholders, promising adventure, and asking to be thoroughly explored. But don't take our word for it; see the sights for yourself!


​
When asked to comment on the present state of ZeldaVerse, Linebeck responded:

"We have come a long way! ZV's main server is done, and we are working hard on additional projects that will make ZeldaVerse even better! I know everyone has been waiting so patiently for release. I assure you it is nearing completion, and there won't be anymore delays or changes to the server. I know I've said that before, but we have been progressing faster the past couple of months. ZeldaVerse has changed drastically in the past six months, and lots of ideas have been thrown around and out in that time frame. The wait will be well worth it!"

​
A hardy hello, Hyrule!
Today’s issue of your favorite (and only) local newspaper takes a look at a few major cosmetic changes to have recently emerged.

Out With the Old, and In With the New!

As you have most likely already noticed, ZeldaVerse’s logo has been completely revamped. If this has somehow eluded your notice, simply scroll up and admire its new, refined look or consult an optometrist at your nearest convenience. The new logo combines the network’s familiar color scheme with two gold diamonds, the Hookshot from Ocarina of Time, and Majora’s Mask from... well, Majora’s Mask. The pulsating of the logo combines with the eyes on the mask to produce a hypnotic effect designed to induce the desire to play the server... maybe.

ZeldaVerse’s server icon has similarly undergone a major overhaul. Instead of a rendering of Linebeck and Link, a stylized “Z” and “V” will appear beside the server’s entry in your server list from now on. Though perhaps a tad less charming than the previous picture, the new icon exudes polished professionalism. 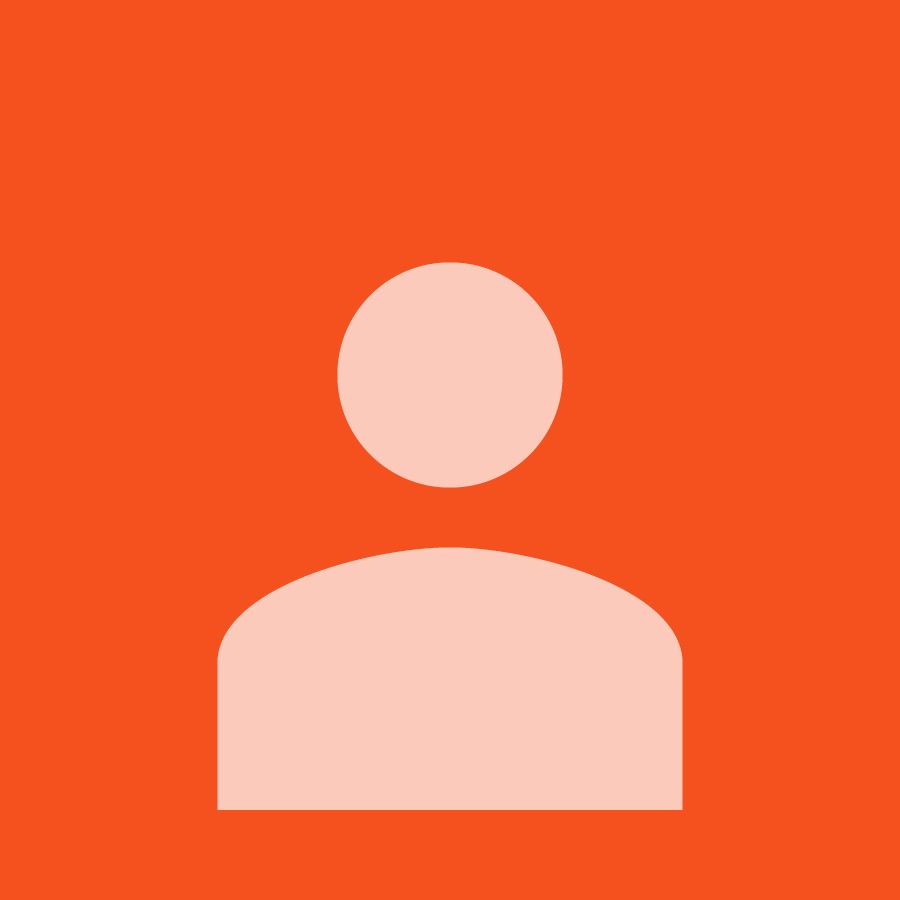 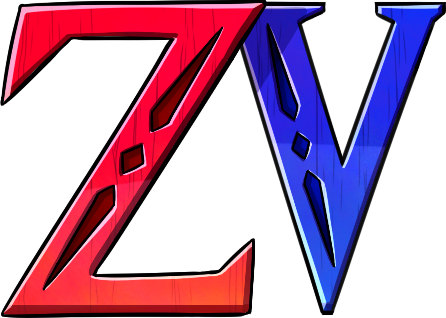 ​
Thank you for reading this issue of The Hyrule Herald. A fervent farewell, friends! 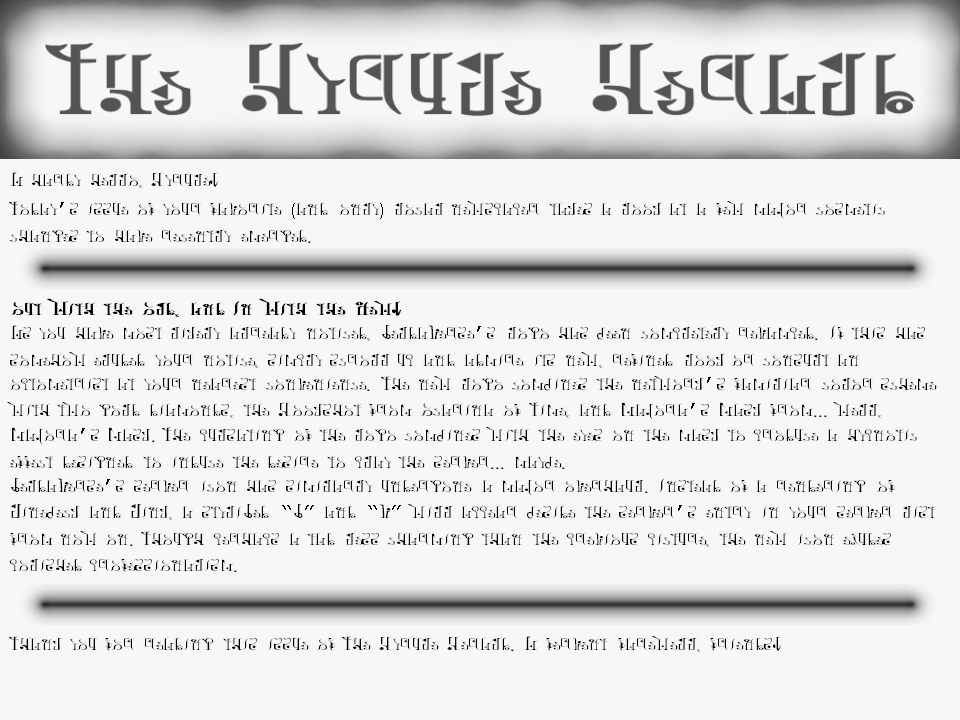 We have been hard at work trying to release ZeldaVerse to the public! We've been working on a lot of builds from a plethora of Zelda games!

We have a lot of things in progress, including minigame maps, and a brand new adventure! Every day we get closer and closer to releasing -- Please be patient and hold on to your hats! We've got a long road of innovation and progress ahead!

In the meantime; please enjoy some pictures of some new builds we have finished: 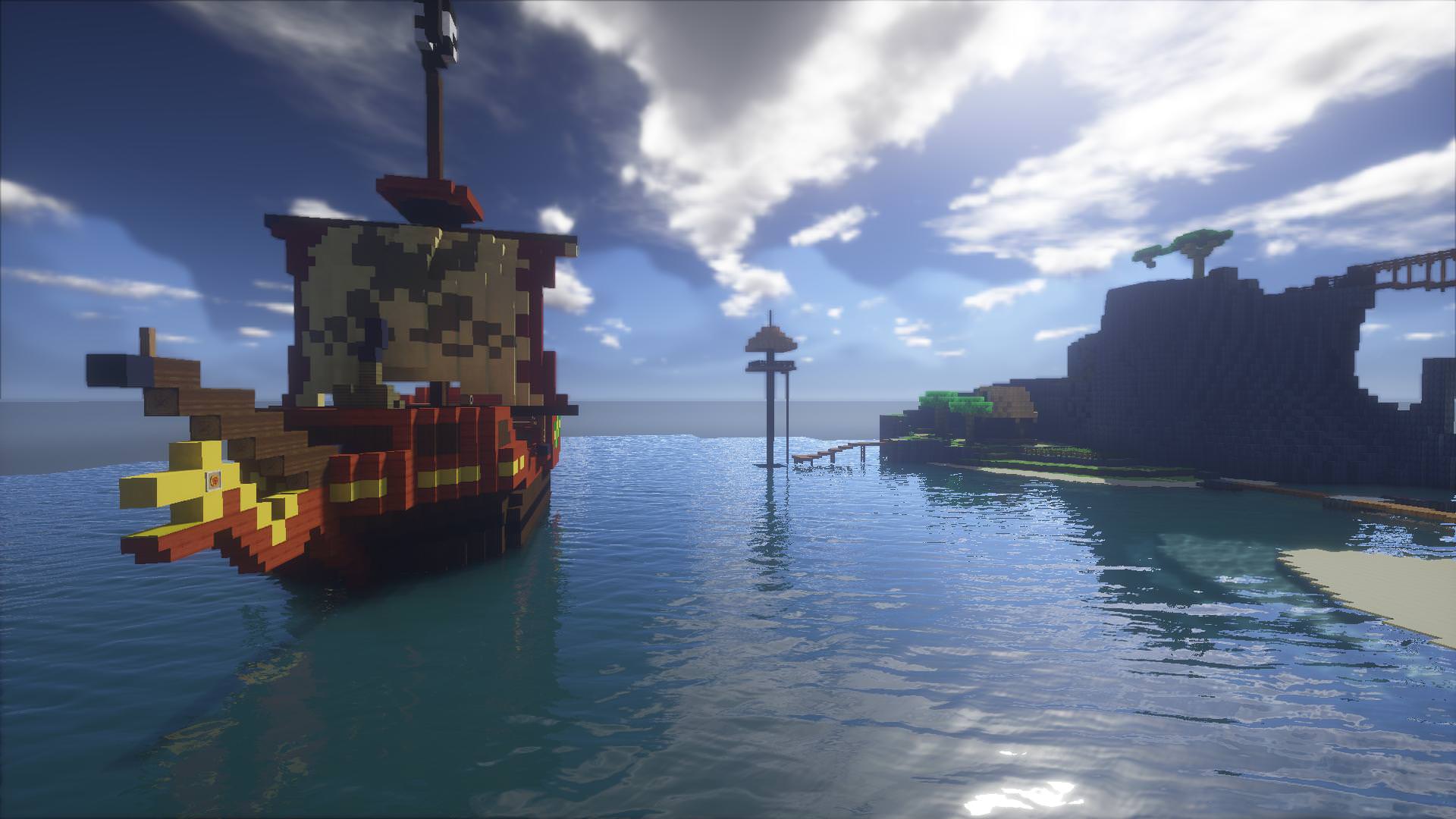 Tetra's Ship in The Legend of Zelda: Wind Waker
​ 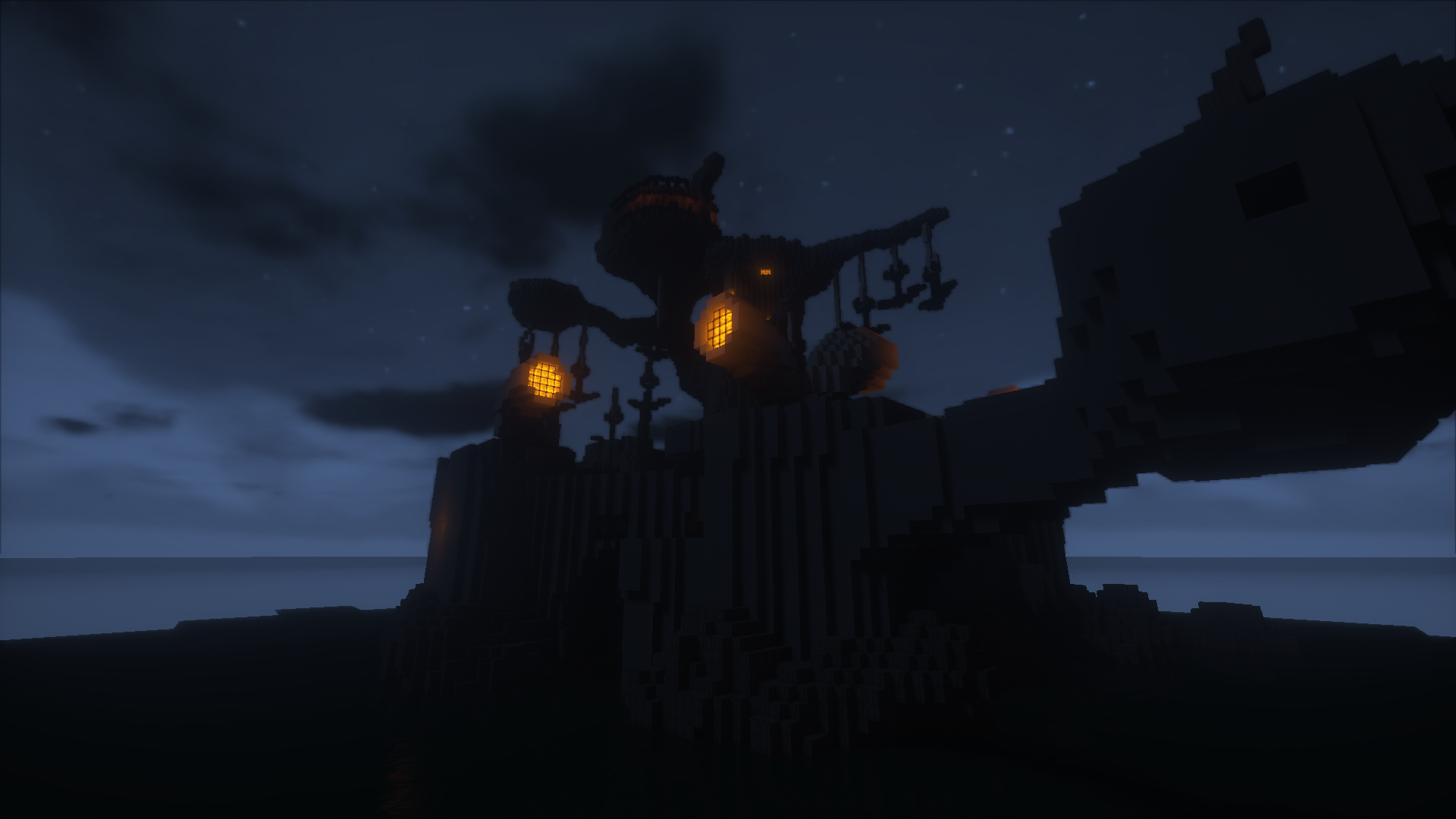 Forsaken Fortress in The Legend of Zelda: The Wind Waker
​ 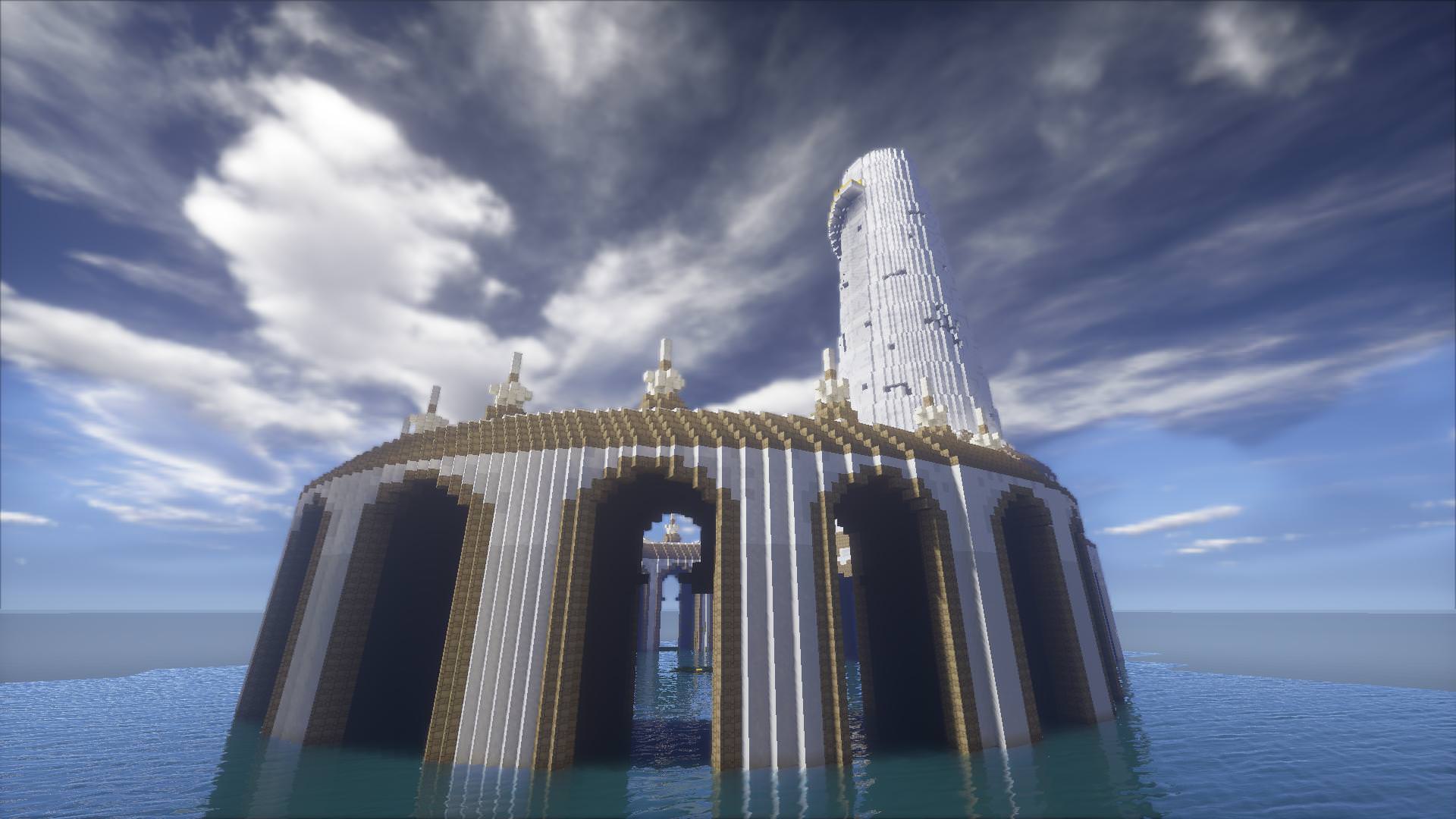 Tower of the Gods in The Legend of Zelda: Wind Waker
​ 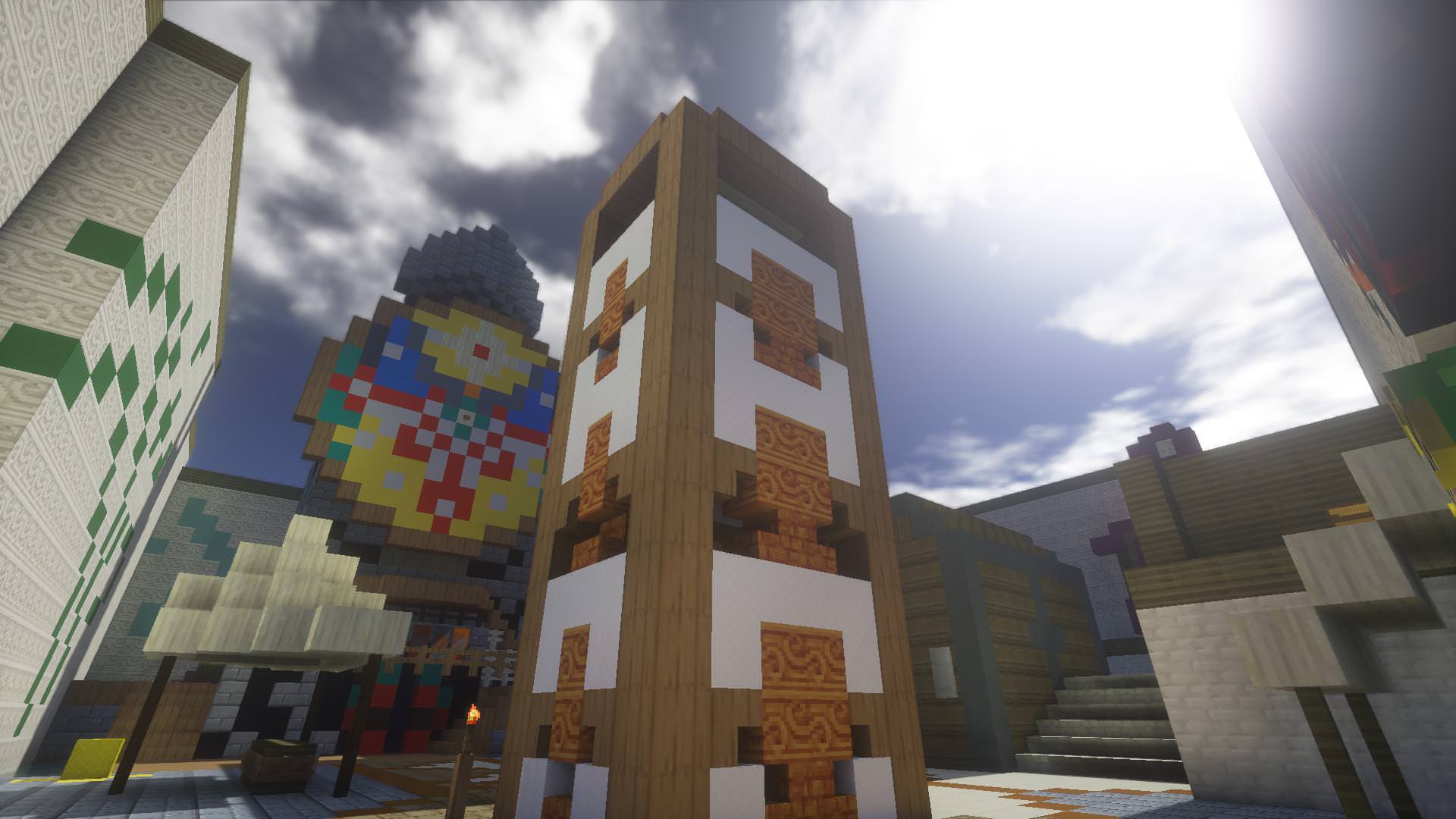 Clock Town in The Legend of Zelda: Majora's Mask 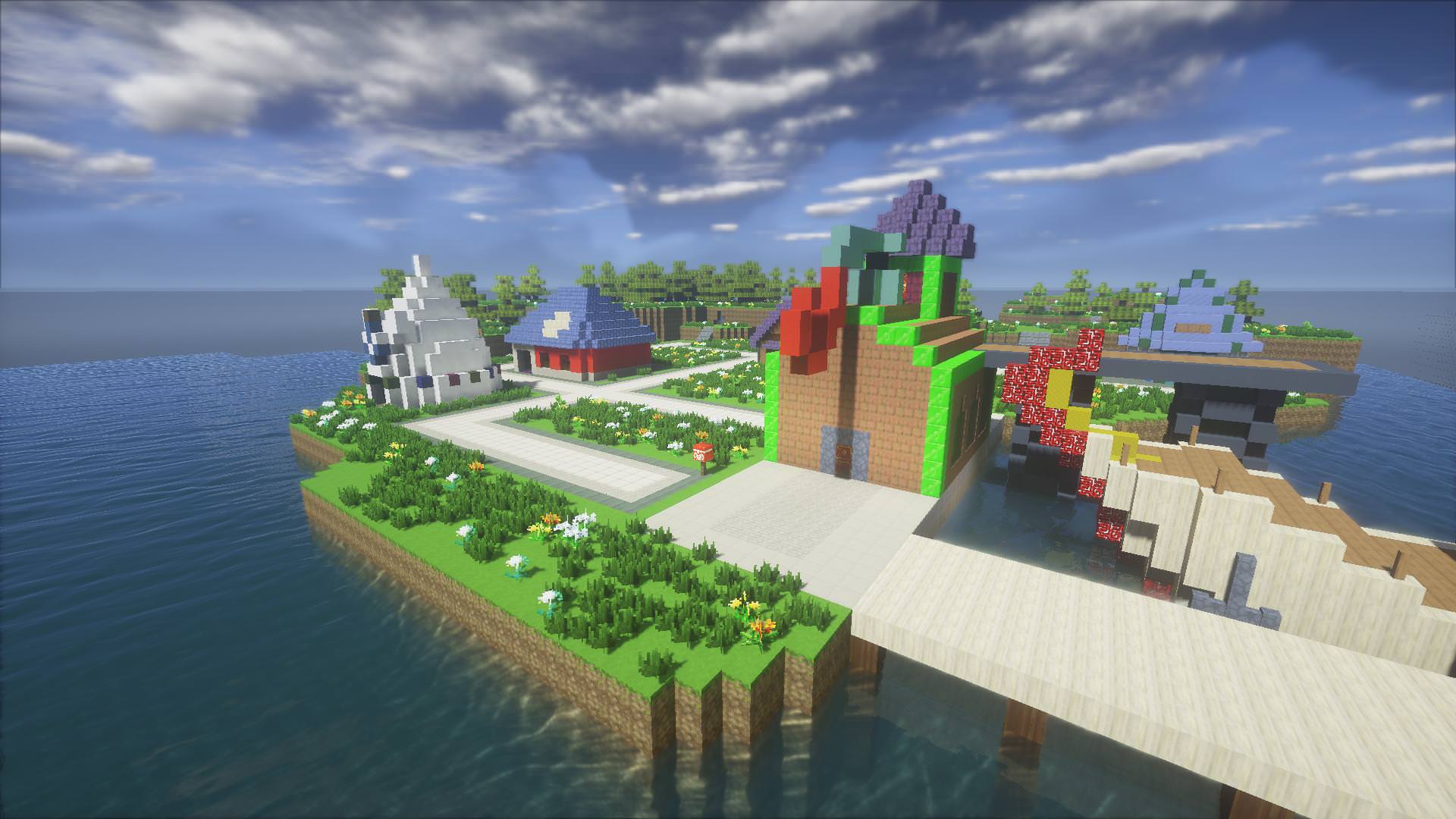 Mercay in The Legend of Zelda: Phantom Hourglass 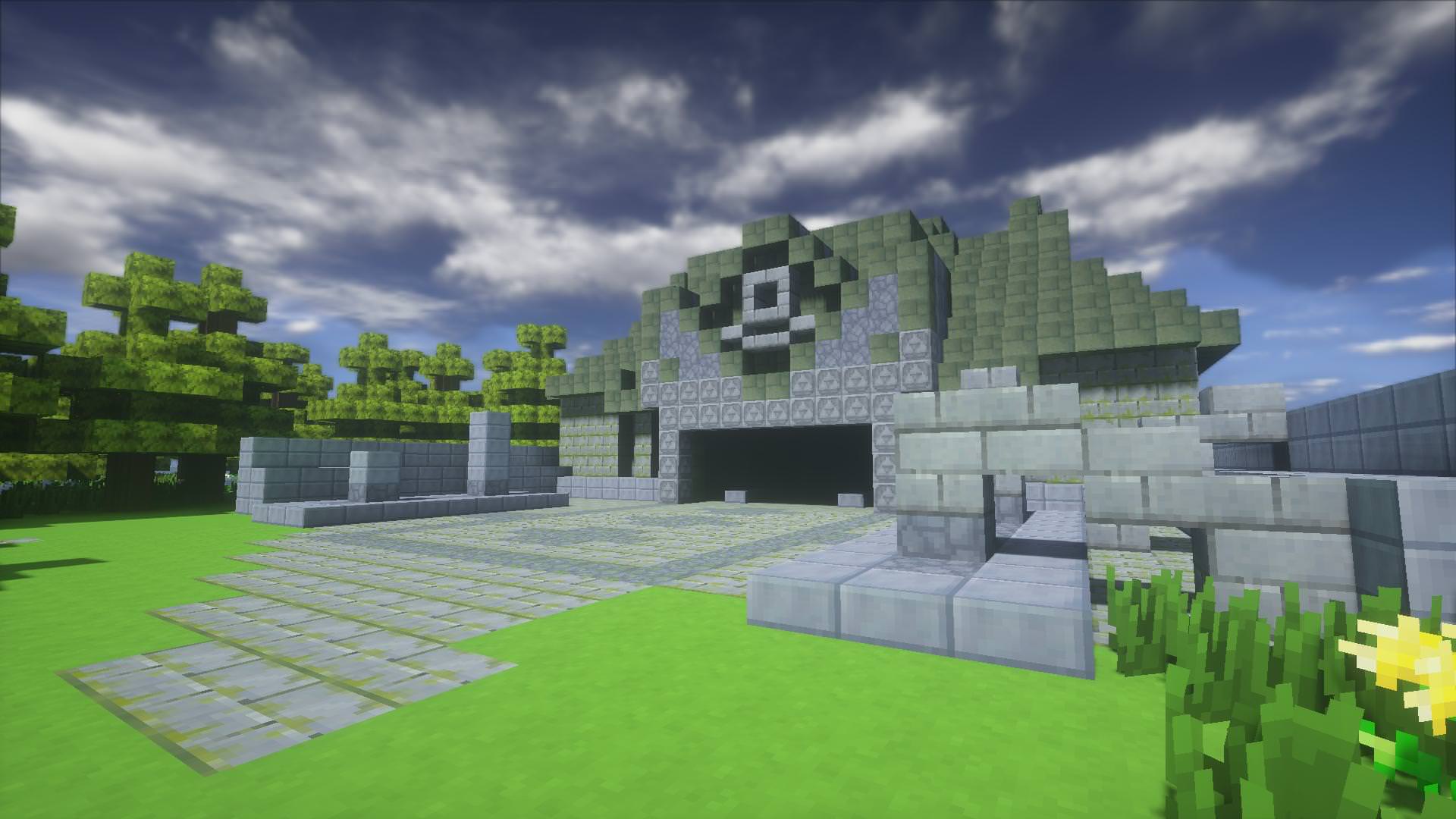 Ocean Temple in The Legend of Zelda: Phantom Hourglass
​ 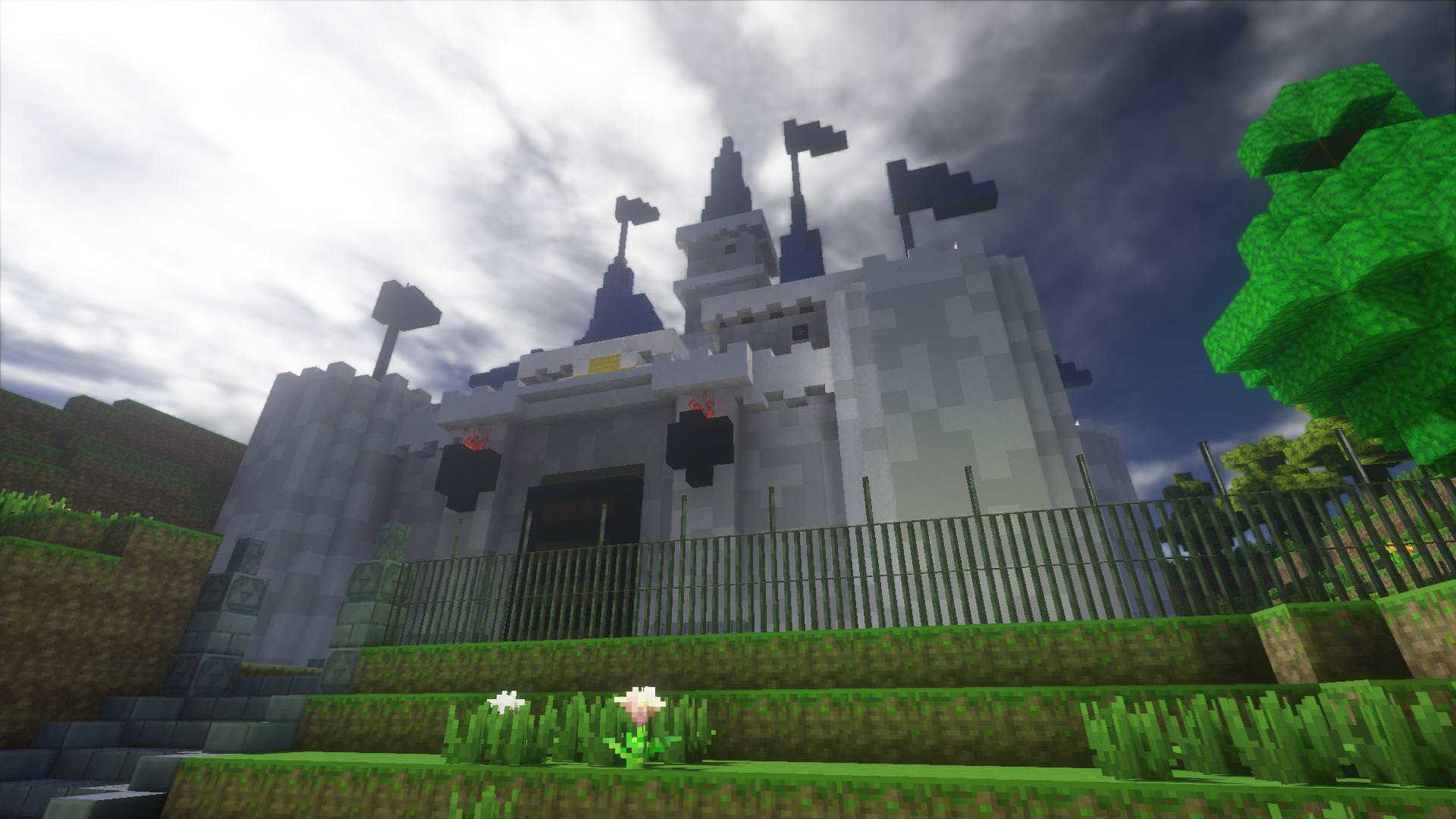 Hyrule Castle in The Legend of Zelda: Ocarina of Time
​ 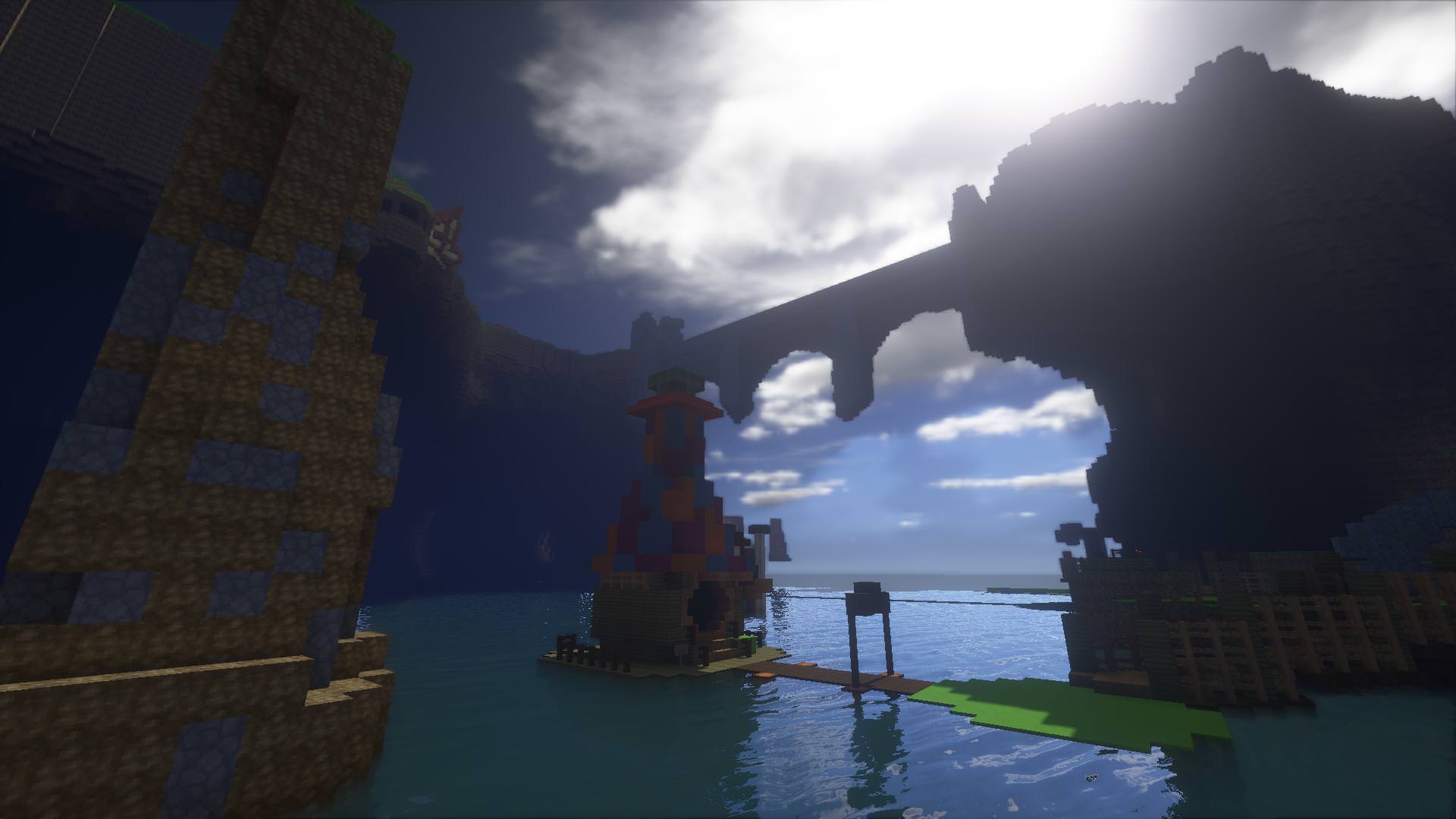 My fellow Hylians and people of the Great Sea, I am happy to announce we are recruiting more staff members now than ever before. Now is the time for you to sign up and apply for a position. We have lots of positions opened, and opportunities for advancements if you seem to fit with our staff team. If you're interested, then I highly encourage you to apply. There will be some steps we will take before we will let you on the server, and we will require to meet with you via our Discord Channel which will be given out privately.

Positions that are available:
We hope to hear from you, and to see some amazing applications. The server release date isn't official but is arriving closer every passing day.